Share a memory
Obituary & Services
Tribute Wall
Read more about the life story of Donald and share your memory.

was born on September 6, 1940 to Joseph and Lucile (Buska) Benz at the Litchfield Hospital,

Litchfield, MN. He grew up in Silver Lake, received his education through 8th grade at St.

Adalbert’s Catholic School and graduated from Silver Lake High School in 1958. On May 22,

1962 he was united in marriage to Margaret Vasko at St. Joseph’s Catholic Church, Silver Lake.

He resided in Silver Lake raising 4 children. Donald worked for 50 years, first at the Silver Lake

Produce and then Crystal Farms. He was an avid supporter of the Silver Lake Lakeites, GSL

Panthers, Vikings, Gophers and Twins. Donald was an active member of the Silver Lake Lions,

Knights of Columbus, Degree of Honor, and Senior Citizens Club. He was the Assistant

with his family and friends. Donald is survived by his wife, Margaret, children Donna (Bruce)

and Judy and Patrick Finnegan, many nieces and nephews, other relatives, and many friends.

Donald was preceded in death by his parents Joseph and Lucile Benz, parents-in-law Frank and

A Mass of Christian Burial for Donald Benz will be held on Thursday, January 19, 2023 at 10:30 A.M. at Holy Family Catholic Church in Silver Lake.   Father John Hayes will be the Celebrant.   Interment will follow at Holy Family Cemetery.

A visitation will be held on Wednesday, January 18th, 2023 from 4-7 P.M. at The Maresh Funeral Home in Silver Lake.

In lieu of flowers, memorials are preferred. 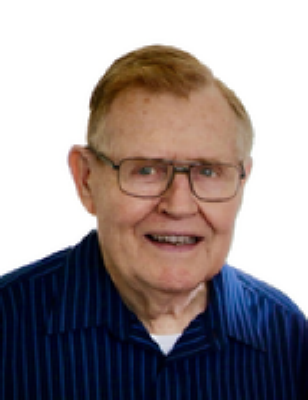