Share a memory
Obituary & Services
Tribute Wall
Read more about the life story of Dorothy and share your memory.

Dorothy (Klima) Gunderson, age 89, of Silver Lake, MN, went to be with her Lord and Savior on November 20, 2022. Her Celebration of Life will be held at Grace Bible Church, 300 Cleveland St. E., Silver Lake, MN. on December 10, 2022 at 3:00pm. Visitation at 2pm at the Church. Private internment will be at Fort Snelling National Cemetery, Minneapolis, MN. Dorothy was Ben and Emily Klima’s third child, born January 28th, 1933. She, David, Marion, and Benji grew up and worked the family farm in Silver Lake. She graduated from Hutchinson HS and got her first job at Hutchinson Citizen’s Bank as a teller. She and Lyle Gunderson were united in marriage in January 1956. God blessed their marriage with two daughters, Valinda and Cynthia. The family lived in Minnesota, Nebraska, Wisconsin, and New Mexico. After Lyle’s death in December 1963, the family moved to Silver Lake where the girls grew up next to their Grandparents’ farm. Dorothy worked at the Hutchinson Woolworth’s lunch counter. She farmed with her father and brothers. She spent many years at Ben’s Silver Lake Airport running the office and visiting with pilots, instructors, students, and those just dropping in. She also volunteered at the Hutchinson Municipal Airport being a friendly face and lending a helping hand. Dorothy enjoyed fishing, ice fishing and spearing with her father. She became a licensed private pilot in her 30’s. At age 70, she got her motorcycle endorsement and rode her 250 Honda with her cousin, Eddie Klima, and friend, Tom Parker. She enjoyed traveling and visited Europe, Czechoslovakia, and made numerous trips to visit her daughters in Wyoming and Michigan. Dorothy considered herself a caretaker of family and friends. She cared for her brother, David, and her parents until they passed. She was active in her Church community and in the community at large helping the elderly, volunteering at Hutchinson Health, and where she saw a need. Dorothy is survived by her daughters Valinda (Michael) Littfin of Grand Marais, MN, and Cynthia (Chuck) Parmely of Riverton, WY, granddaughter Ashely (Parmely) Wilson and great-granddaughters Kelsey and Shaylan Parmely. She is preceded in death by husband Lyle Gunderson, parents Ben and Emily Klima, and siblings David Klima and Marion (Klima) Frank. In lieu of flowers, Dorothy asked you donate to Allina Hospice Hutchinson-Glencoe branch, 211 Freemont Ave SE, Hutchinson, MN, 55350 or the Hutchinson Health Auxiliary, 1095 Hwy 15 S, Hutchinson, MN 5530. As Dorothy requested, thank you cards will not be sent. 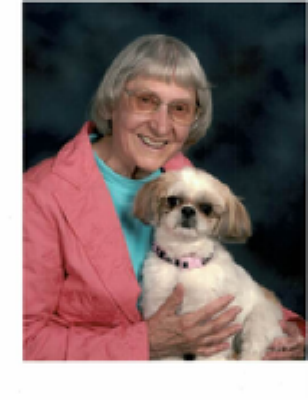