Share a memory
Obituary & Services
Tribute Wall
Read more about the life story of Virgil and share your memory.

He was born on July 21, 1947 in Walla Walla, Washington to Clyde and Catherine (Link) Fronk. His family moved to Fargo, North Dakota and then Hope, North Dakota where he attended high school. He graduated with the class of 1966.

On August 23, 1969 he was joined in marriage to Pamela Marie Tonsfeldt in Svea, Minnesota. Together they raised three children: Chad, Garrett, and Matt.

Virgil attended Minneapolis Tech School where he received training to become a machinist. He worked for several companies in Minneapolis and Lester Prairie, finally retiring from 3M in Hutchinson. He was proudly employed there from 1981-2009; it was a job he truly loved doing.

When Virgil wasn’t working, he spent much of his free time outdoors. Ice fishing, being out on the boat catching walleyes or hunting pheasants and deer were some of his favorite hobbies. He and his family spent many days on Lake of the Woods or camping near Leech Lake. Having a beer and eating salted shelled peanuts around the campfire with his family always made the vacations much more memorable for him. He and Pamela liked to travel to Wyoming and South Dakota together to visit family and go sightseeing.

Virgil was everybody’s friend. He had a kind and genuine demeanor that allowed him to make many connections and lifelong friendships. He never asked questions or made conversation just out of politeness, he sincerely cared about how his family and friends were doing and would give them his full attention. He listened and made people feel welcome. He was a true gem of a person with his caring and kind heart.

Being a loving husband and dad was important to him, but he was especially proud to be a grandpa. He made sure to attend any kind of school or sporting activity his grandkids were taking part in to give them his full support. He was their biggest cheerleader and loved spending as much time with them as he could.

He is preceded in death by his parents, Clyde and Catherine; siblings, Ken, Peg, Roger, and Dale; parents-in-law, Allen and Lu Tonsfeldt; and brother-in-law, Mark Tonsfeldt.

Funeral service will be held Friday, December 16, 2022 at 11:00 AM with visitation one hour prior at Faith Presbyterian Church in Silver Lake. Interment will be held at a later date.

Funeral arrangements have been entrusted to Maresh Funeral Home of Silver Lake, MN. Online condolences for the family may be directed to www.mareshfuneralhome.com 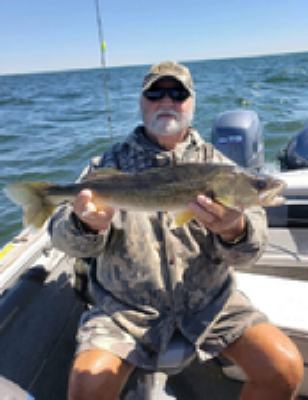